Welcome to The Spinoff’s live updates for June 10, bringing you the latest news updated throughout the day. Get in touch at stewart@thespinoff.co.nz

8.10am: Thousands of foreign workers given visa extension to ease labour shortages

About 10,000 foreign workers will be allowed to stay in the country for longer after new visa extensions announced this morning.

Working holiday visas and seasonal work visas due to expire between June 21 and the end of the year will be extended for another six months to help manage ongoing labour shortages caused by border restrictions.

The immigration minister, Kris Faafoi, said the move will provide assurances to both employers and visa holders. “We will continue to monitor the border and labour market situations and will extend these visas again if necessary,” he said.

7.30am: Top stories from The Bulletin

National MP Nick Smith is returning to parliament today, to formally end his 30 year political career. Smith will give his valedictory speech this afternoon, in the presence of the National caucus including leader Judith Collins. It’s almost two weeks since Smith announced he would be leaving parliament amid an inquiry into a “verbal altercation” that took place in his office. Of course, there was also that tip-off that a media story about him was going to break – something that never happened.

So, what do we know now about Smith’s resignation? The circumstances remain fairly sketchy, with Judith Collins still refusing to confirm or deny whether she is the one who gave Smith a heads up about the media story that never was. As Newsroom’s Jo Moir wrote earlier this week, there’s something of a contradiction in Collins’ statements about Smith. As Moir writes: “Collins denies she told Smith to leave while at the same time insisting she warns her MPs when she thinks a media storm is coming their way.”

Then there’s the role of Newshub’s Tova O’Brien in the whole thing. Allegedly, Smith thought it was O’Brien who had the mystery story about him. It makes sense, as Newshub are never far from a big political scoop. And yet, O’Brien said last week she never had a story on Smith in the works. Judith Collins has continued to maintain she does not disclose the contents of conversations she has with her MPs – a statement that is simply not true – and therefore will not reveal whether she did indeed tip-off Smith.

What’s going to be in that valedictory then? According to Newshub, not much. Or at least, not much if you were hoping for answers to the big questions surrounding Smith’s mystery resignation. Newshub understands his focus will be on his three decade long political career rather than how it all ended. 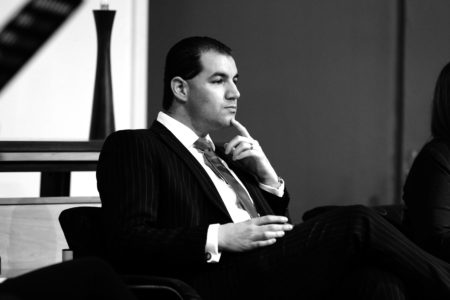